Home » Social Media Marketing » Native vs Hybrid App: What to Choose in 2020

Native vs Hybrid App: What to Choose in 2020 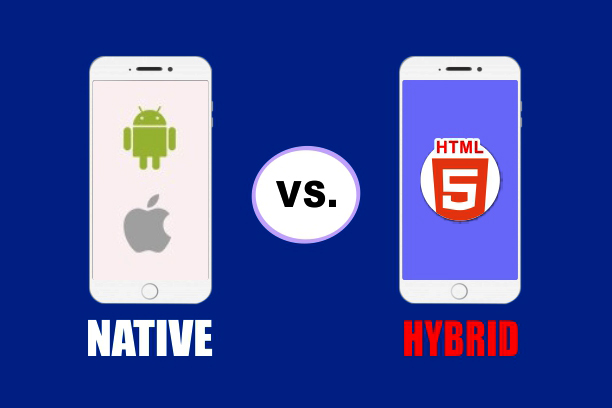 For a technology company into mobile apps, it’s always a dilemma of whether to adopt a native app development or go hybrid way. A common customer/client may not have much knowledge about this, but if they have the information to back it, will make it an easy decision as they invest money in their idea.

Here we outline a clear path for with pros and cons of both development approaches and which one almost always leads to better user experience for your users for the long term. As mobile app UX is a key feedback parameter.

This is to indicate that the app is developed in using specifically for a mobile operating system, popularly Objective-C or Swift for iOS and Java for Android.

As the app is developed with a mature ecosystem prescribed by the OS Company following the development and UI library of the OS, it has the advantage of superior performance and psychologically feels a risk-free way.

The interaction of functionality, look, and feel is consistent with most of the other apps on the same smartphone device. Due to this consistency in UI it’s most likely that the user is quick to adjust as to how to navigate and use the app quickly.

Native applications have a significant upper hand of being able to easily interact and utilize the built-in features of the user’s device like GPS, contacts, camera, file system, permissions, etc.

These have evolved over the years as developers found to create separate codebase, UI for different OS devices. They have the benefits of easier and faster to develop compared to native apps. They are also not prone to higher maintenance. The speed of your hybrid app developed will largely depend on the speed of the device browser. This means hybrid apps will seldom likely to run as fast as a native app would perform, but with typical applications, users will never notice this.

React Native, PhoneGap, Ionic, Flutter are some of the highly graded platforms for Hybrid Development.

Advantages of a Hybrid App development

Logically as it would sound, it reduces time and cost for developing the app, since the app can be developed using HTML, JavaScript libraries and you don’t have to create two versions of the code base for Android and iOS separately. You are not deprived of any limitations and you get access wide range of platform-specific functionalities such as GPS or camera. It has a web-like good UI and UX.

If the budget of app development is your foremost concerns then the developer in the consultation will suggest you for Hybrid, at the same time if you are willing to wait and spend on development and maintenance then you should go for native way. Native gives you the richest user experience without any compromises on quality and content.

Of all the recent revolutions by different exponents of hybrid development, react-native and Flutter seem to be getting more adaptations by developers.

Flutter is a platform of hybrid development of an application with highly scalable performance, it is developed by Google and has lots of libraries to use, and one-time writing codebase. Flutter uses the Dart framework which avoids bridging required to communicate with the native modules for the required output

Eneblur Consulting adopts an approach where the client requirement is studied and post-development the user base, performance and load variations on traffic and access analytics and suggests the clients go either Native or Hybrid way for app development transforming transparent information with pros and cons and guides the way for development form the first line of code.